Wheat Ridge embodies the deep roots of a City with a rich history and a strong sense of community. Its central location provides shorts commutes to major interstate highways, the majestic Rocky Mountains, and the amenities of the large metropolitan City of Denver, Colorado.  With easy access from I-70, you can be skiing, hiking or participating in a wide range of internationally-acclaimed mountain sports in less than an hour.

Wheat Ridge “roots” were first established during the Gold Rush of 1859, when the City served as a rest stop for miners headed to mountain gold camps. It was later named Wheat Ridge for the golden ridges of wheat noted by travelers passing along the Overland Trail. As unsuccessful miners returned to the area and began farming the rich, fertile soil, the community began its growth. Wheat fields were converted to fruit orchards and vegetable fields, attracting buyers from all across the Denver area. Eventually the fruit and vegetable farming gave way to greenhouses and the largest production of carnations in the world, earning Wheat Ridge the designation of “Carnation City.”

Clear Creek is the centerpiece of the Wheat Ridge Greenbelt stretching for approximately 7 miles through 300 acres of open space. Recreational gold panning is allowed in Clear Creek at the Arapahoe Bar area located on the north side of Clear Creek Trail. 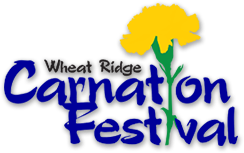